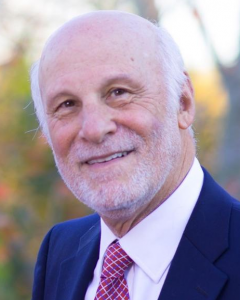 In 2002, Gary was appointed by the Governor as Circuit Judge for Division II of the 13th Judicial Circuit. In 2004 and 2010, he was elected and re-elected. Prior to coming to the Bench, Gary practiced law in Mid-Missouri for 29 years.

During the course of his practice, Gary was actively involved in his community serving as President of the Boone County Bar Association, Chair of the Columbia Chamber of Commerce, Co-Chair of the City of Columbia’s Race Relations Task Force and Chairing and serving on two Boone County, Missouri, Commissions addressing overcrowding in the Boone County Jail.

While on the bench, Gary conducted mediations. In 2015, he completed the Missouri Supreme Court Rule 17 Mediation Training for Civil Cases.

During the course of his practice, Gary served as lead counsel in several civil rights cases involving multiple defendants. In 1987, the American Civil Liberties Union of Mid Missouri named Gary the Civil Libertarian of the Year. In 1998, the University of Missouri presented Gary with the Human Rights Diversity Enhancement Award. As a result of his work in the civil rights arena and the leadership roles that he played in studying race relations, local jail populations and sentencing, it was natural that Judge Oxenhandler was involved with the PEW Trust Justice Reinvestment Initiative when it came to Missouri. Through that initiative, he began to study and speak in numerous venues on his concerns about control of local jail populations and mass incarceration in the United States.

Gary and Janet have been married for 47 years. They are very proud of their son.